Existing sewerage coverage is limited to the areas of Export Processing Zone Authority (EPZA), Athi River Town, a bit of lukenya area and the lower part of daystar university and part of Mlolongo, west of Mombasa Rd.  There is no existing sewer network in most parts of Mlolongo/Syokimau. Some industries and estate developers in the area had to construct the sewer to connect to the trunk sewers. It is estimated that the sewerage system covers about 15% of the existing developed area.
The sewerage for the EPZA was constructed during the development of' the site in 1997. It comprises 5.5 km of sewers which discharge into a trunk sewer for delivery to the treatment works, The EPZA on-site sewer network consists of DN 225 to DN 525 precast concrete spigot and socket pipes with about 120 manholes.

The sewerage in Athi River town is defined by elevation relative to the trunk sewer from EPZA to the treatment works. Areas on the upper side of the trunk sewer including, KMC. Sofia, Embakasi, Makandara and Ngei ii, are connected to the trunk sewer. Areas below the sewer drain to a pumping station where the sewage is lifted to the trunk sewer.  The township is served by a 25 krn long sewerage system that was constructed in 1950. Most of these sewer lines have not been augmented since 1950. The increased development in residential multi-dwelling units coupled with population growth has seen the sewer discharge increase without parallel improvement in the existing sewer network. The Athi River sewer network comprises network of sewers size with a diameter range of 200mm to 300mm.

The sewerage system consists of gravity sewer lines which discharge through a 225mm concrete main sewer into a sewage pump station.  One 300mm sewer line has been laid from Mlolongo to Athi River. It serves several industrial consumers and a few domestic customers along Mombasa road from KAPA oil refineries to Athi River. This line is connected to Pump Station 2 at Athi River from where the wastewater is pumped into the trunk sewer to the treatment works. A 19.6 km long concrete trunk sewer of' size 525 to 1200mm and with three aerial river crossings runs from the EPZA to the treatment works. The design capacity of the existing plant is 6500m3/day.
The areas not served with sewerage use On-site sanitation facilities including septic tanks and pit latrines.

The Kenya Association of Manufacturers (KAM-Athiriver chapter)partnered with MAVWASCO to construct a sewerline from KAPA industries along mombassa road to a sewer pump station within athiriver (bridge 39).This greatly assisted in connecting businesses and manufacturing industries along the sewerline.

The lukenya sewerline is financed by the ministry of housing and has opened up the larger Kinanie area to daystar university.The booming real estate development within the area will greatly benefit from this sewerline

MAVWASCO has been enganging in and encouraging public private partnerships in the development of sewerage infrastructure.sucessful partnershp projects have been completed in KMC-SLOTA estates and MAVOKO HOUSING .The cost of the projects has been shared between the company and the developers within those areas.MAVWASCO continues to encourage more partnerships to extend its sewerage coverage.

This email address is being protected from spambots. You need JavaScript enabled to view it.

This email address is being protected from spambots. You need JavaScript enabled to view it.

The ongoing dry season has worsened the water situation within Mavoko subcounty. With our main water sources KMC &… https://t.co/AKumPFt0J5 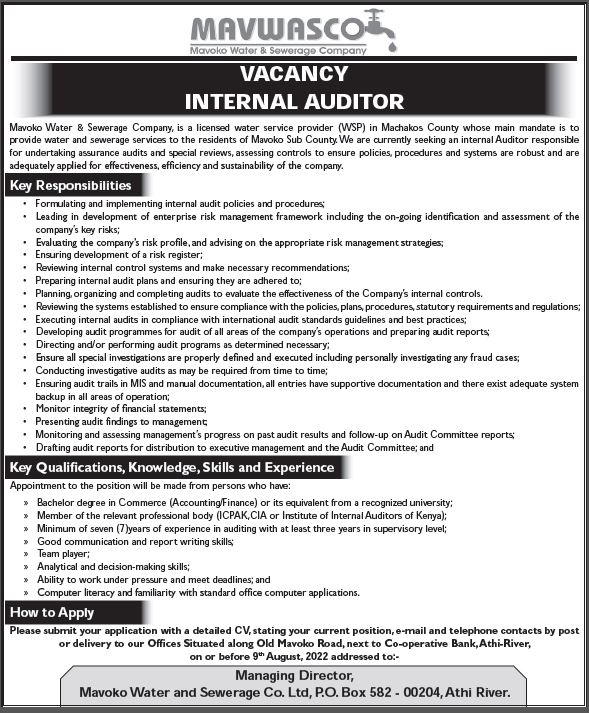 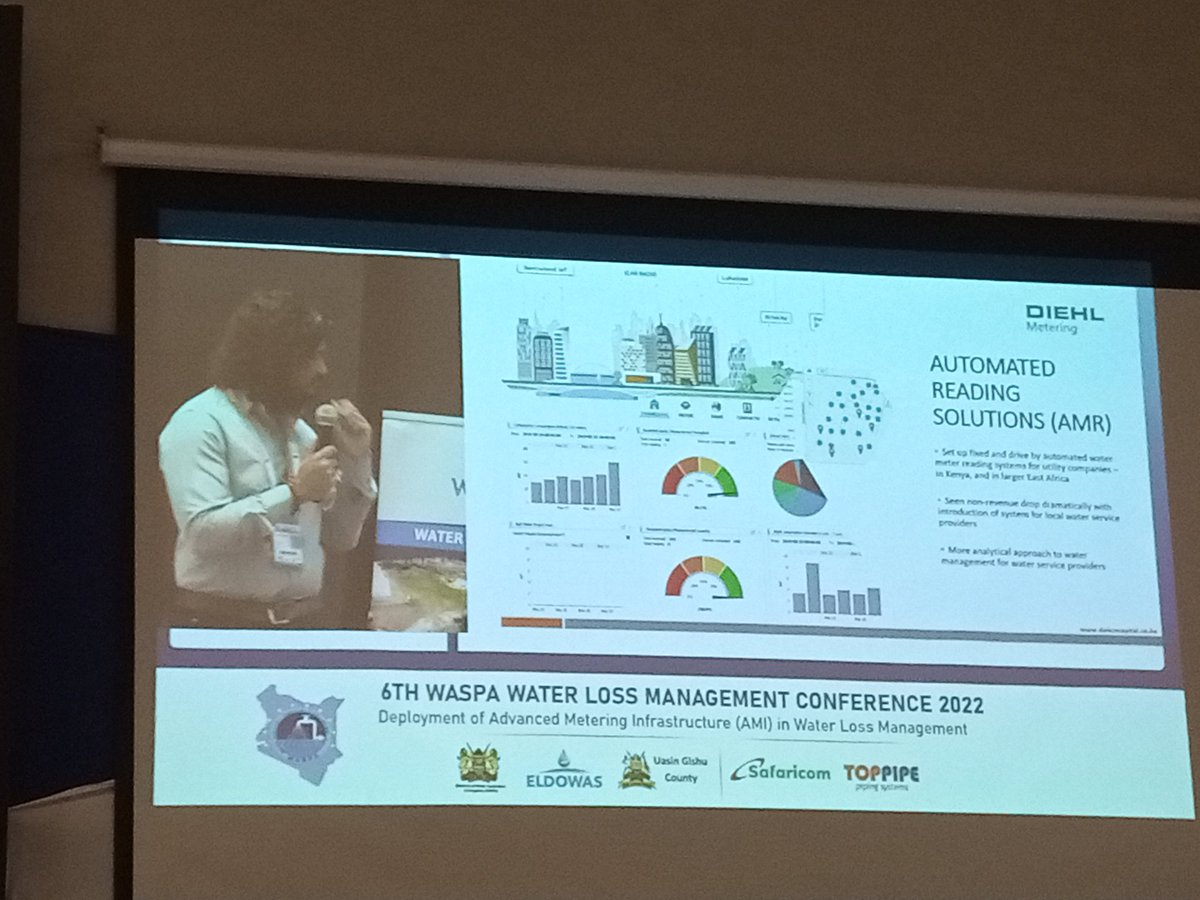 Are you a residential water consumer within Mavoko sub-county? If yes, please take a few minutes to complete this q… https://t.co/YHqUT32I5l